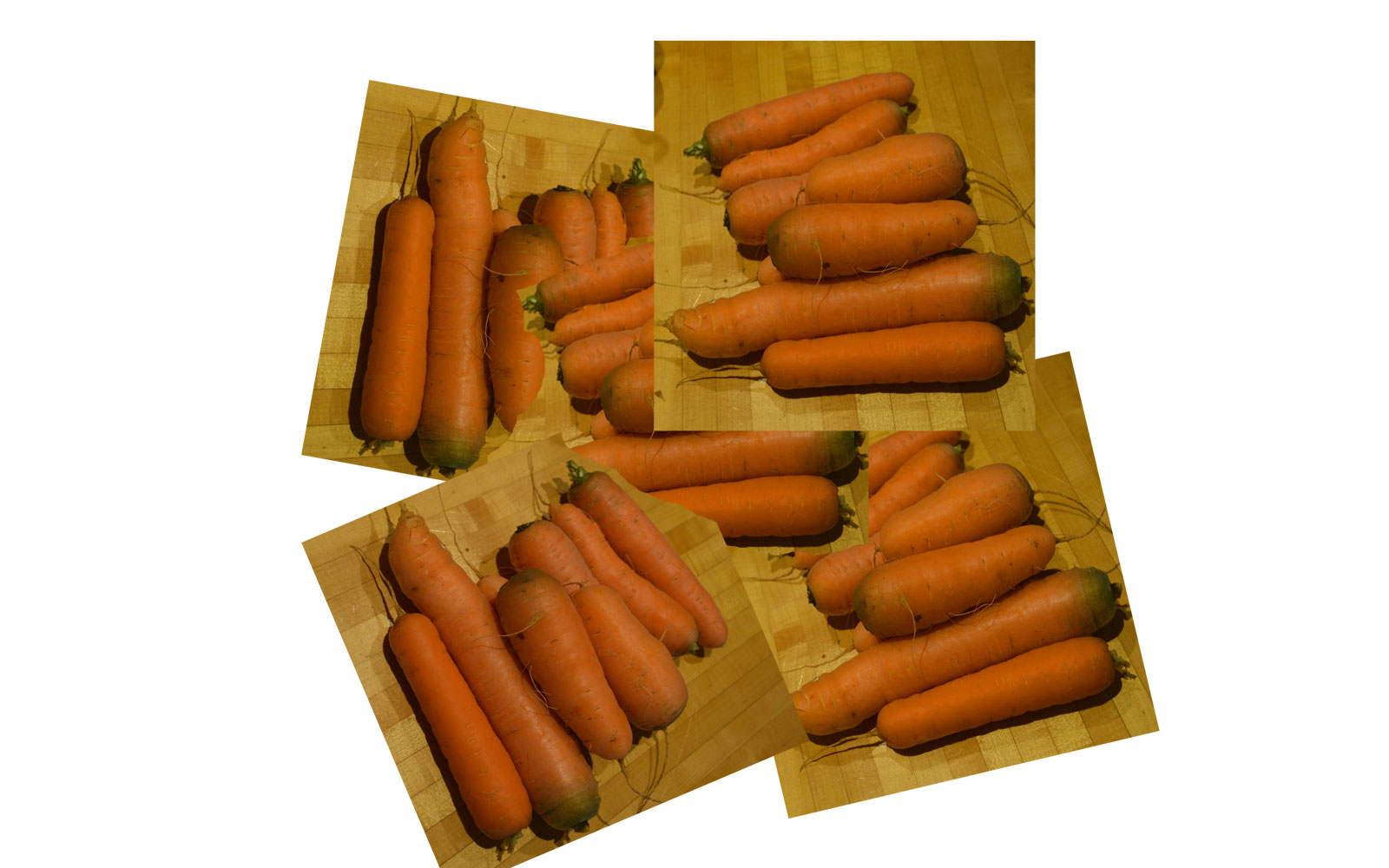 In case you were wondering……

The word carrot is first recorded in English circa 1530 and was borrowed from Middle French carotte, itself from Late Latin carōta, from Greek καρωτόν or karōtón, originally from the Indo-European root *ker- (horn), due to its horn-like shape.

Only 3 percent of the β-carotene in raw carrots is released during digestion: this can be improved to 39% by pulping, cooking and adding cooking oil. Alternatively they may be chopped and boiled, fried or steamed, and cooked in soups and stews, as well as baby and pet foods. A well-known dish is carrots julienne. Together with onion and celery, carrots are one of the primary vegetables used in a mirepoix to make various broths.

Flowers change sex in their development, so the stamens release their pollen before the stigma of the same flower is receptive. The arrangement is centripetal, meaning the oldest flowers are near the edge and the youngest flowers are in the center. Flowers usually first open at the outer edge of the primary umbel, followed about a week later on the secondary umbels, and then in subsequent weeks in higher-order umbels.

-Pennsylvania Dutch settlers smoked dried and shredded carrots in their pipes hoping that carotene would mimic the stimulating properties of nicotine without being addictive.  For nearly a century it was believed that carrot smoke improved night vision.

-Heydrich Drumph an out of work farm hand secured a government grant to start a large scale carrot farm on the outskirts of Bavaria in the 1820s. He had chemists extract the orange pigment and develop a line of cosmetic tanning products marketed as “Drumph Tan”.  Unfortunately orange tans did not prove popular and the enterprise declared bankruptcy after a year when Drumph quietly disappeared along with the remaining company assets.  Several thousand barrels of orange tanning cream also disappeared as operations shut down and could not be located by creditors.  Their fate remains a mystery.

ref.  Mole’s Believe it or Not Archive of Astonishment